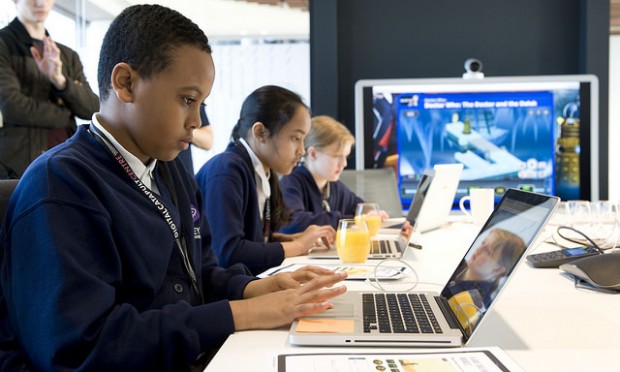 Nine months ago, London hosted the first meeting of D5 - a group of the most digitally advanced countries in the world.

At that meeting, the five founding members (Estonia, Israel, New Zealand, South Korea, and the UK) signed a charter and committed to meeting its 9 principles. One of those principles was “Teach children to code”, a promise to offer children the opportunity to learn to code, and build the next generation of skills.

Those skills are important. Our increasing dependence on digital technology in almost every field of knowledge means that one day, those children will inherit our digital choices and decisions. They will have to know how to use them, and improve them.

Since last year’s meeting, the D5 education working group has been looking at ways to support computer coding in schools. During our very first meeting, we reached an important conclusion: coding is not enough. What really matters is teaching computational thinking. That’s what we’ve focused on since then.

All the D5 nations teach computational thinking skills, or soon will be, as an optional or compulsory subject. At the time of writing, England is the only country to have computing as a statutory subject for all children from age 5 to 16, - this came into effect in September 2014. Since then it has been contacted by delegations from Sweden, Japan, the US, Poland, Hungary, Belgium, Germany, Switzerland, Slovenia, Denmark, and Malaysia. There is clear shared international interest in getting computing education right.

The D5 nations want to work together to develop:

The D5 nations are also working with industry, academia and schools to embed computational thinking in the classroom. For example, the Computing At School group (CAS) is a grassroots, school-led, organisation with 19,500 members, which is one of the driving forces behind the new computing curriculum in England. It has enabled schoolteachers to collaborate and work with IT professionals from corporations (such as Microsoft, Google, BT, ARM, Ensoft and the BBC), academics from 90 universities around the UK (such as Imperial, Manchester, Edinburgh, Birmingham, Newcastle, Oxford, and Cambridge), and officials from the Department for Education.

D5 is helping organisations like CAS to work at an international level. CAS has recently been invited by the South Korean Foundation for the Advancement of Science and Creativity (KOFAC) to run workshops for teachers and civil servants in Seoul.

In New Zealand, primary schools have pioneered teaching computing through ‘CS unplugged’ techniques for young children. These teach computational thinking skills without using any digital technology - just a pen, some paper, and a bit of imagination. This approach is now being adopted in the UK too. The Computer Science for Fun (CS4fn) group, based at Queen Mary University of London, has been developing new classroom activities such as ‘Programmable Eyebrows’ and ‘Brain in a Bag’. They now have over a thousand online resources for schools.

All D5 members, and many others besides, agree that computational thinking skills are essential to succeed in today’s digital society. Preparing our children for an adult life as part of that society is a global challenge, one that needs groups like the D5 to help governments get the right support to teachers and get the right messages to parents and school governors. We’re off to a good start. Now we just need to keep going.