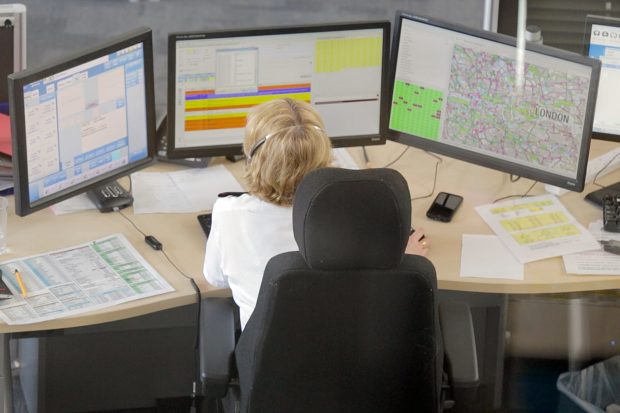 In March the final piece of the puzzle fell into place for an emergency services open standard that was 6 years in the making.

Coordinated by an incredible team of people from across the emergency services community and central government we have succeeded in delivering a standard which will transform the way emergency responders share information across and between organisations in the United Kingdom and will hopefully save lives by making telecommunications leaner and ultimately safer for all of us.

A bit of background

Back in November 2015  the National Security Strategy and Strategic Defence Review stated:

Objective 1 is to protect our people - at home, in our Overseas Territories and abroad, and to protect our territory, economic security, infrastructure and way of life [and to] continue to enhance our ability to respond to attacks, hazards and accidents. We will continue to train police, fire and ambulance personnel to work together when responding to major incidents.

To kickstart greater cross-agency coordination the Cabinet Office’s Civil Contingencies Secretariat initiated work on a Multi-Agency Incident Transfer (MAIT) standard as part of their work on the National Resilience Capabilities Programme and the resilient telecommunications workstream.

The Secretariat raised a challenge on the government’s Standards Hub in early 2013 which set out to create a single data exchange standard within the emergency responder community to streamline the flow incident information between agencies. This would allow the formation of a “Common Operating Picture” to enable shared situational awareness with a number of benefits which would enhance public safety and support the objective to “protect our people”.

Work on this standard was born out of a trial between the emergency services and a supplier in Wales. The results of this trial proved that when a common communications approach was used across emergency services (even if they were using different supplier systems) it significantly improved responses. These ranged from dealing with instances of graffiti or road traffic collisions, right through to civil emergencies such as flooding or a terrorist attack.

Liam Maxwell, while he was HM Government Chief Technology Officer (CTO) and Chair of the Open Standards Board, appointed a number of technology leaders from across government to act as open standard challenge champions and because of my background in the emergency services as the CTO at the Maritime & Coastguard Agency I became the Senior Responsible Owner for MAIT.

Fortunately for me British APCO (the UK-based Association for professionals in public safety and civil contingencies communications and information systems) had already taken up the baton. Sue Lampard, the President of the Association at that time had already gathered together a multidisciplinary team.

Their task was to develop the standard using the framework designed for the proprietary Direct Electronic Incident Transfer protocol developed by Capita during the Welsh trials and before that by the Police Service as a tool to exchange data with Highways England.

This was only possible due to a public spirited gesture by Capita by giving up its IPR on the developing standard for the wider benefit of the UK.

It’s all about people

The multidisciplinary team was made up of volunteers from the supply community, emergency services and government agencies. I cannot praise this team enough. They have been truly inspirational in their dedication in the delivery of this project, on top of their already demanding jobs.

When John Anthony MBE (B-APCO Vice President) and I announced that MAIT was now an approved government standard at the B-APCO Conference on 22 March 2016,  I saw that some of the team in the audience were quite emotional. That’s because the approval of this open standard and ultimately it's successful rollout across the emergency service community within the UK, will save lives and support the key objective of “protecting our people”.

Protecting our people is the main driver for all who provide our front line emergency services (Police, Fire, Ambulance and Coastguard), local authorities, Highways England, volunteer organisations (e.g RNLI and Mountain Rescue Teams) and of course the supplier community who provide the goods and services for these critical national services. Suppliers who, in my experience, are just as passionate about public safety as those directly delivering public safety services.

I am proud to have been a small part in the development of the standard and to have witnessed first-hand the dedication and passion of the men and women who work hard 24/7 to keep us safe.  It is everything you would hope to see as a citizen of this country when public safety is at stake.

There is already talk about how we can support the wider international emergency service communities either directly through their use of our standard for cross border collaboration or through the lessons we’ve learned during our journey in its development to support making their citizens safer.

More immediately though I am already looking at how the Department for Transport can support its agencies: the British Transport Police, HM Coastguard and Highways England, along with B-APCO in the urgent adoption of the MAIT standard and the provision of MAIT “hubs” across the country, which will allow an accelerated adoption across emergency services in the UK.

So the journey continues and for me the experience demonstrates all that is good about open standards, technology and more importantly the incredibly dedicated people who deliver our emergency services so we should all be proud that we have a culture that allows these things to happen.

We can’t do it alone! I encourage anyone out there working in emergency services to get involved in the implementation of the MAIT open standard and get in contact to find out how. If you are in the private or public sector consider taking a leadership role in open standards helping us to select open standards for government IT.  You can do so through the Standards Hub and contacting the standards team at the Government Digital Service.