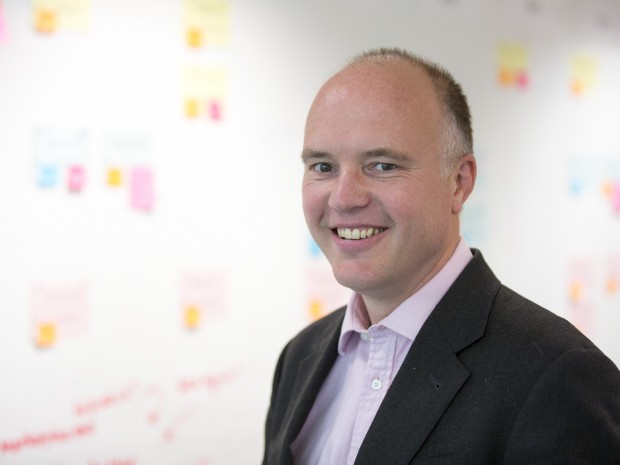 Although the election meant that we went on a period of radio silence, there were a number of quite big decisions that came through right at the end of the parliament and we have been carrying on with some interesting initiatives that we can now talk more about.

We have some more updating on what went on in the pre-election period to follow this, and as we are now back to blogging I’d like to once again ask for your feedback and comments on what we post - we really appreciate it.

First up we have welcomed a new Minister for the Cabinet Office, Rt Hon Matt Hancock MP. On Wednesday he came to meet all the staff and it was a very positive start.

Following from adoption of Open Document Formats (ODF) and the implementation programme in departments - the hard work to get the standards in place - the Open Standards Board met again in April to select standards around country codes and language tags for use across government. The codes in both standards are widely available and have already been used by GOV.UK.

In this parliament the use of Open Standards, particularly for data, will become more important - especially as we focus on canonical sources of data in our work on Common Technology Services.

Just before the election, the agreement was set up for the Crown Hosting Service, providing access to cost-effective hosting where a cloud solution isn’t suitable. It is now available through the Digital Marketplace. Already a number of departments have begun to take this opportunity and see where savings could be made. As we will shortly announce, this new service is proving much more popular than we first thought.

The Technology Leaders Network, the representative technology decision makers for each department, meet monthly to determine the way technology is delivered in government. It’s now the accepted place for effective discussion on approaches to technology across government, as well as a great forum to identify where sharing and common cause can be made.

The Tech Leaders agree the standards for architecture, security, software and services. and the formal statement of these agreements is the Technology Code of Practice (TCOP)- this explains how we will all deliver technology. Not only does the TCOP define our approach, it is also the agreed (cross government) basis for the portfolio controls function.

An example of one such collective decision was our approach to Windows XP. When XP went out of general support last year an arrangement was made to allow all of government a year’s grace through the purchase of an extended custom support service. We had all had several years notice of this change.

At the Tech Leaders’ meeting in April the decision was made that we should not extend the agreement. There is more detailed blog post on this coming up shortly, but it’s worth noting that the Tech Leaders took that in a collective decision, and I’m sure we’ll see more of this approach to technology decision making in the future.

Please give us your feedback

Our role is to make sure government has open and flexible technology and the capability to deliver great digital services. We listen to criticism, we do not have a monopoly on good ideas - far from it. Please point us towards where things can be done better and where things are done really well. Your feedback is more powerful than you might think, please keep sending it.